Steven Menconi has been writing and recording his mid-century R&B inspired songs over the last couple of years. He’s recorded 48 new songs including a couple of covers of some of his favorite artists: Steven recently began performing with his lifelong friend and percussionist, David Naves, and they’ve developed a uniquely full sound as a duo.

The rhythmic, roots r&b nature of Steven’s music will have you bumping in your seat until you can’t stand it….get up and dance!

While Steven sings and plays guitar, he’s enlisted the help of his musician friends for his recordings, most notably: Davey Faragher, bass (Elvis Costello, Cracker): Michael Urbano, drums (Sheryl Crowe, Smash Mouth, Cracker).  David Naves (Film/Television studio rat) lends his unique brand of drums and percussion to some of the recordings and Zack Proteau also plays bass on some of the tracks. At one time, Steven was a signed artist to Quincy Jones’s record label, Quest Records. Steven and his then writing partner, Bobby Zoppi, were personally signed by Q after an impromptu acoustic set in his living room.

You can listen to the songs here > 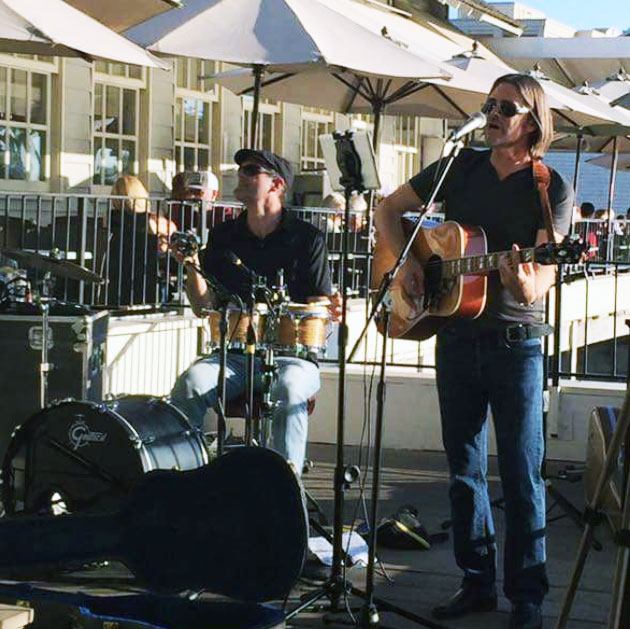